The Rizzoli Orthopaedic Institute is the main Italian institute of orthopedics and traumatology. In 1981 the Italian Health Ministry appointed Rizzoli with the status of a 'Scientific research hospital' due to its high level of healthcare in orthopedics and traumatology. In fact, the institute's strength lies in the close integration between healthcare (about 150,000 patients examined and 18,000 orthopedic operations every year) and scientific research, which is carried out in nine laboratories at the institute employing a staff of 300, including doctors, biologists and technicians. Furthermore, the Institute is a site of university teaching. 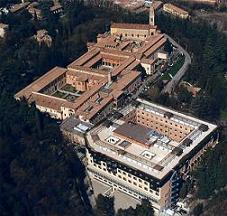 The Rizzoli Institute has over 293 beds (in addition to the beds in the Bagheria Department), in rooms of no more than 3 beds, each with bathroom. Patients come from all over Italy and abroad. The staff is of about 1,400.

The Rizzoli Orthopaedic Institute was founded at the end of the XIX century by the famous Bolognese surgeon, Francesco Rizzoli, who bought the convent and the hill of San Michele in Bosco. He left it in his will to the Province of Bologna to be used as an orthopedic hospital.

It was opened in 1896 and soon became one of the best orthopedic hospitals in the world due to its size, equipment, organization, research and teaching. This fame was above all due to Alessandro Codivilla and Vittorio Putti, the first directors who set up a prestigious school of orthopedics for numerous Italian and South American pupils. 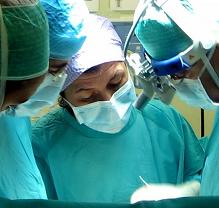 At the Institute, beyond the basic orthopedic-trauma surgery, extremely specialized operations are performed in the treatment of musculoskeletal tumors, pediatric orthopedic diseases, vertebral, foot and upper limbs pathologies, sports pathologies, degenerative pathologies of ankle and knee, and in the diagnosis and treatment of genetic bone diseases.